Planning your next adventure? Start with these Travel Resources!

Touch down on French soil! A feeling of excitement and very overwhelmed to have visited my first European country. The air was so fresh and the warm sun was quite welcome as I stepped off the plane in Beziers, South France.

I was greeted by familiar faces at the airport, an elderly couple who I know from back home in Australia. They hosted me for one week in their beautiful Villa in a small town called Agde. A smorgasbord of french sticks, croissants, cheeses, cold meats, and Rosé was indeed a wonderful treat upon arriving at the villa. We grazed and we laughed amounting to a very relaxing first day!

EXPLORING THE TOWN OF AGDE

Agde is not a very popular tourist destination but it is one of the oldest towns in France and the name translates to good fortune. It was nice to experience the way of life here without there being a flood of tourists. It’s a beautiful old town with old villas, each one quirky in their own way, wooden windows and flower pots on every balcony, cobblestone streets, leaning buildings, water fountains, and little cafes all of which adds to the lovely atmosphere of this place. 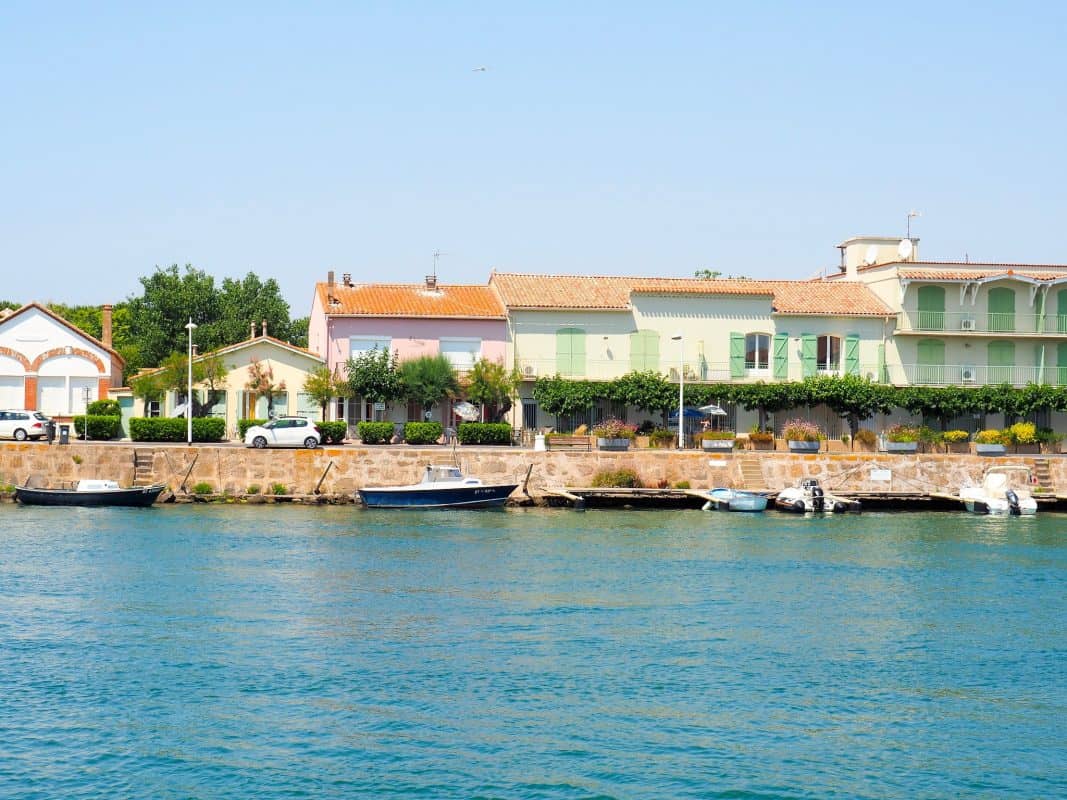 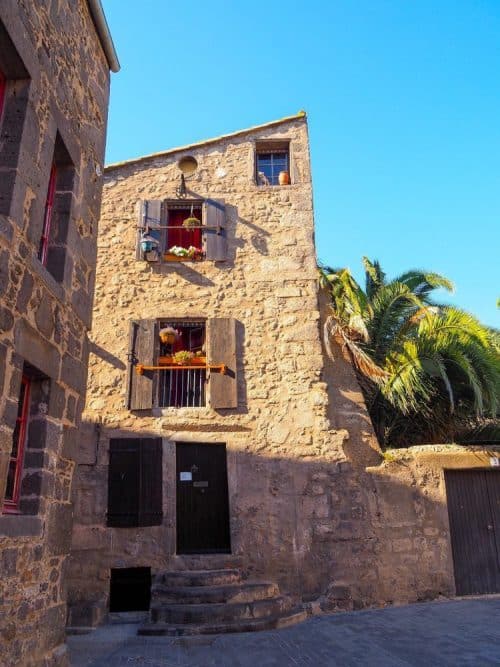 THE LE GRAU RIVER + WHERE TO EAT

Another welcoming sunny day and the temperature was soaring into the high 30’s. We rode push bikes along the Le Grau river to where it finally meets the mediterranean sea. I love the bliss blue color of the ocean here and a pretty lighthouse stands tall on the tip of the rock wall. Local women were sunbaking half nude on the sand which is very common in this part of the world though illegal in others. There are many sea/riverside restaurants to choose from, all of which have a great selection of seafood and of course a cellar of wines.

I took a day trip to Cite de Carcassonne, a very impressive medieval citadel that boasts 3 kilometers of long double surrounding walls interspersed by 52 towers. The fortified city also possesses a draw bridge and ditch leading to a central keep! It is listed as a World Heritage Site and I recommend putting this on your list of things to do in the South of France! I for one did not pay much attention to my history lessons at school though I am stoked to experience it first hand when I visit places like this.

The loud sounds of french chatter echoed throughout the city walls. At this point, the only words I know in french are Oui, Bonjour, and Merci. I also learned that the terms Cafe and Picnic derive from the french language! It’s an aspiration of mine to learn to speak other languages, I would imagine it to be very rewarding and create a whole new level of experiences and interactions when traveling the globe. 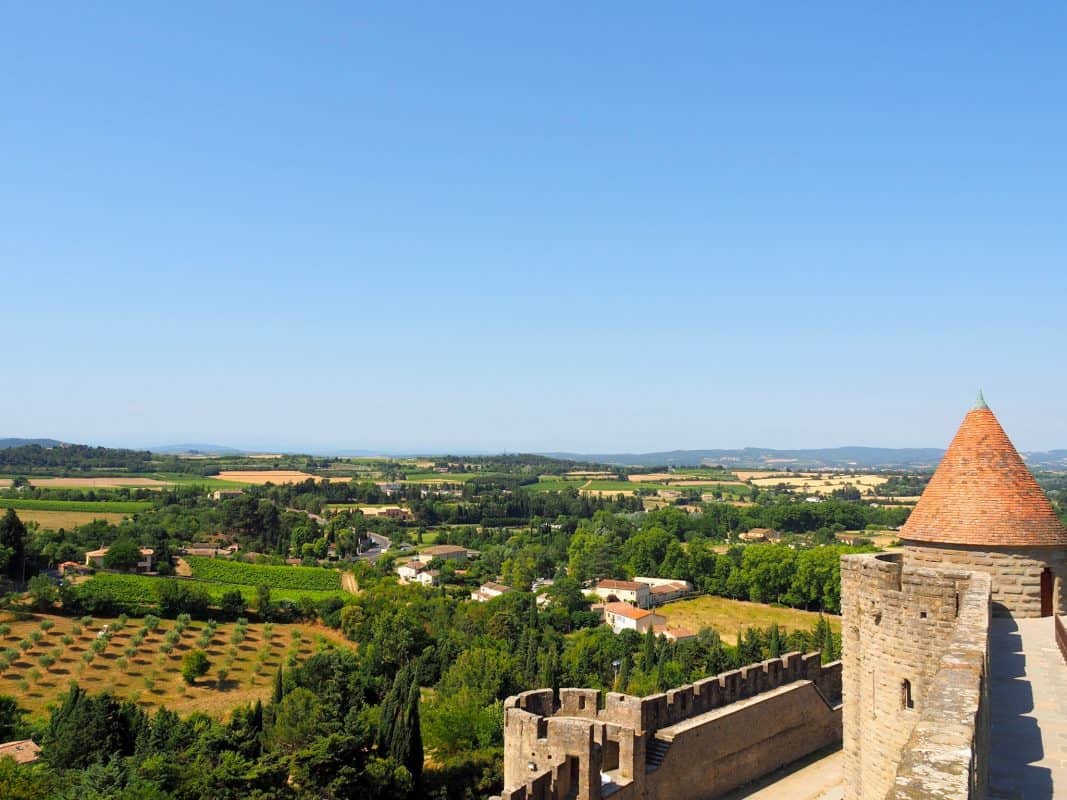 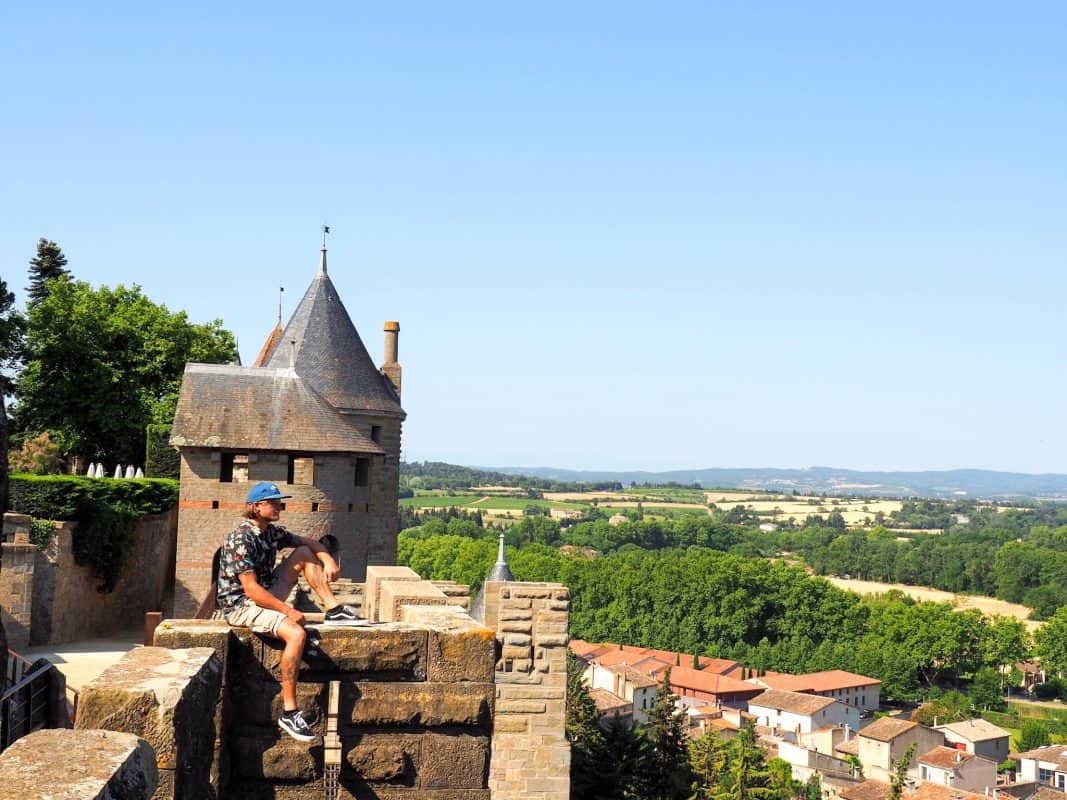 WHAT TO EXPECT IN SOUTH FRANCE

I am very intrigued with the landscape of southern France from the rocky Mediterranean hills, to the aromatic fields and the hundreds of thousands of grapevines almost everywhere I look. All of my senses were truly ignited! I am sure that the best wines in the world are produced right here in this very region!

The local markets every Thursday in Agde are amazing! The most action I’ve seen in this town all week. All produce was as fresh as it gets from the region and very affordable. The market owners are all so very friendly and love taking the time to have a conversation to better their English. It was such a fantastic experience taste testing from all the different stalls, filling our baskets with goods, and then heading back to the villa for a huge feast and an afternoon siesta! 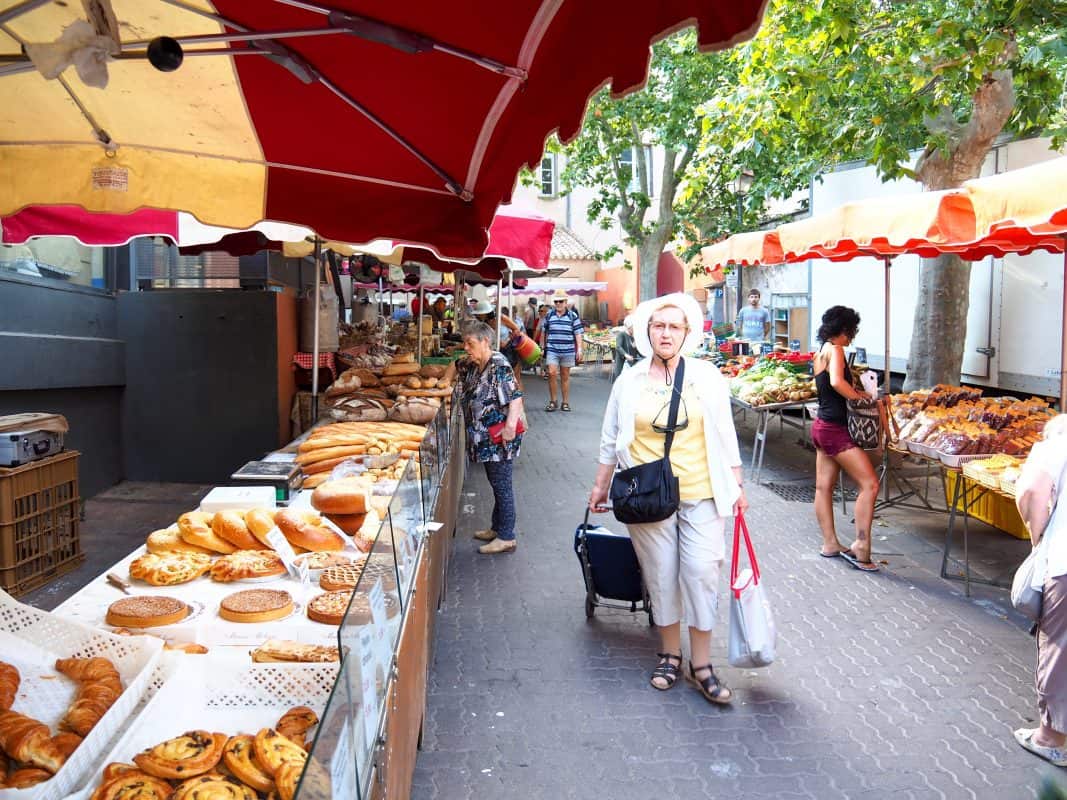 I ventured on another day trip to Nimes, which has a rich history dating back to the Roman Empire. This is where I found the Nimes Arena, similar to the Colosseum in Rome. I paid 10 euros for a self-guided tour which was well worth it. The city is often referred to as the French Rome! The central square hosted a beautiful fountain and a towering gothic-like cathedral.

After a short morning spent here, I made tracks to Le Pont Du Gard, an ancient Roman aqueduct that crosses the Gardon River. The bridge has 3 tiers of arches that stand 50m high x 275m long and was used to carry water to the fountains, baths, and homes of the citizens of Nimes. There is a small entrance fee to the park which goes towards the upkeep. It is one of the most impressive structures I’ve ever seen! I swam in the crystal clear waters beneath the big archways and soaked up the sun’s rays! I would have loved to camp out here but unfortunately, it’s prohibited.

Although my week in South France has come to an end it has been nothing short of fantastic and to top off it was my birthday! I was spoilt to a champagne breakfast and a day trip to the beautiful Montpellier. An elegant city that is full of life and entertainment. I simply strolled the streets admiring the architecture and winding lanes lined with stores and eateries. I sat down at a small bar to sip on a birthday beer and enjoyed a few people watching and listened in to the many street buskers doing their thing. It is not the usual way I’ve celebrated my birthday in the past but I certainly wasn’t complaining 🙂

It was time to say Au Revoir and I couldn’t thank my hosts enough for the solid week of adventures and hospitality. 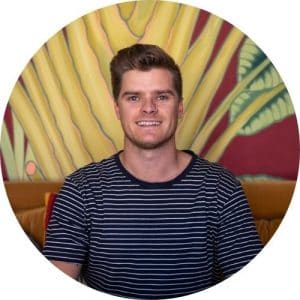